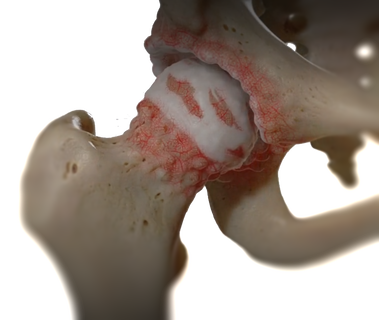 When you don't want pain & dislocations, you go with an anterior doctor

What is difference between anterior and posterior hip approaches?

What does this mean in hip replacement surgery?  An anterior based approach means that the incision is based closer to the front of the groin than the buttocks.  A posterior incision usually means the incision is based around the buttocks region and curves to the side of your body.
Anterior approaches are muscle sparing and do not involve harmfully removing tendon attachments from the hip bones.  Therefore, it is much sturdier of an approach because you don't disconnect or remove tendons that are extremely important for hip stability.  While a large percent of surgeons do the posterior approach because it is technically easier, we refuse to do older techniques for our own convenience.  With hip dislocation rates far lower with anterior based approaches, proven over and over again in the literature, why would you ever let someone do a posterior approach on you.

A hot topic for discussion over the last few years in Orthopedics has been whether to do an anterior or posterior hip replacement.  We break it down for you so you know what the best approach is.
In the United States, estimates show that greater than 75% of surgeons use the posterior approach even though it has a dislocation rate that is SIGNIFICANTLY higher than anterior based approaches.
Says who?  Reviews of literature show that in all studies posterior hip replacements have higher rates of dislocations.
Why do some surgeons go "posterior" then?  It is an interesting question and one that seems to be completely ignored with respect to the data.  It is in our professional opinion that posterior approaches are technically easier, thus less skill level is needed to do the surgery.
Why do they dislocate from the posterior approach?
The reason for dislocations from posterior approaches is many fold.  The posterior capsule, meaning, the tissue that keeps the hip in the socket in the back of the hip, is not as strong as the muscles in the front.  A repair must be done of the hip capsule when doing posterior surgery which leads to postoperative restrictions like don't bend past 90 degrees, don't bring the leg across the body while internally rotating the foot.  All of these restrictions scare patients, and it is very difficult to comply with.
Our surgeons at Atlanta Bone and Joint do not use the posterior approach for these reasons.  Why argue with evidence based medicine when the anterior approaches have been performed safely and with minimal dislocation rates since the 1950's?  We don't know why the practice of posterior approaches continues.
As you continue to read about approaches to your hip, make sure it's an anterior based approach.  We can't, based on evidence based medicine, give support to posterior approaches.  We want our patients to have no restrictions after surgery except to enjoy their new hip.  How can you do that if you are being restricted in what you can do!
​